This page content is partially machine translated.
Powered by Yandex.Translate 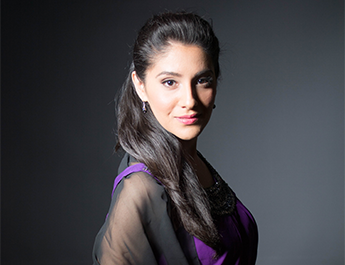 Good evening,I would like to share my knowledge as a vocal coach for this amazing project. As I live in Cyprus I would prefer to pass on my expertise via online and offline consulting basis.Please find my CV below:Hilda Paroian was born in Nicosia, Cyprus in 1983.At the age of 16, she started private vocal coaching sessions with Professor of Opera and Concert Soloist, Sona Gargaloyan and just after completing 2 years, Hilda was given the opportunity to perform a recital where she sang an Aria from “Le Nozze di Figaro” by W.A. Mozart.At this recital, she was approached and offered a scholarship to Italy in order to pursue her passion for classical music which sadly she turned down in order to complete her Bachelor’s Degree in Business Administration Management. In 2003, Hilda was chosen to participate in the choir “Madrigal” under the guidance of the conductor, Miroslav Gospodinoff.One of the many performances was the 23rd International Choral Festival that took place in Preveza, Greece. She also participated at the 23rd Pancyprian Christmas Carols & Religious song festival in 2007 under the direction of Stavros Papantoniou.In 2010, she took part at the recital entitled ‘New Voices’ performing famous aria pieces by Mozart, Puccini, Tchaikovsky, and many others. As singing for charitable causes is close to Hilda’s heart, in 2013 she was asked to sing for a charity concert hosted by the Red Cross entitled ‘From Hearts to Hearts’ for children with heart diseases. In the same year, Hilda also performed for the Armenians affected by the war in Syria and towards the end of the year, together with fellow opera singers, hosted a successful evening which included a recital entitled ‘Voci di Autunno’ at the Kastelliotissa hall where a selection of famous arias and duets were performed. In 2015, she took part in the ceremony dedicated to the 100th anniversary of the Armenian genocide.In the same year, Hilda also took part in the charity event organized by the Pancyprian Thalassaemia Association which consisted of famous opera arias and duets. In 2016, Hilda received her Advanced Certificate in Singing with Distinction from the Trinity College London. She currently teaches private vocal lessons and also works at different music and dance schools.In addition to the above, Hilda also successfully completed her training to become a certified early childhood music and movement instructor. Tel: 99 485 507E-mail: [email protected]