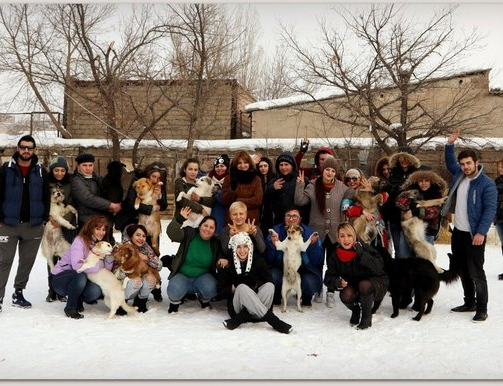 DINGO TEAM is the first animal rescue mission to provide urgent help to stray (homeless) animals in Armenia. We also promote the culture of adopting stray animals and put enormous efforts into finding proper housing for a vast number of dogs and cats. Dingo is dedicated to animal welfare, and has taken on an important role of helping homeless animals and educating the population of Armenia about these issues.

"When we began to save animals from the streets in 2007, there was no single stray animals rescue. That time you had to do everything yourself, you could call no one. We decided to found an emergency, because stray animals were starving and dying in streets and no one was doing anything".

Stray Animals Welfare is a completely new sphere in Armenia. We do not even have Animal Protecting legislation, which makes too many difficulties. We try to develop animal welfare with every point – adoption, stray animals’ emergency, education, events etc. Now people know where to call, when there is any situation in Yerevan. And we are working every day to develop animal welfare in Armenia, because we believe that “the greatness of the nation can be judged by the way its animals are treated” – Gandhi.

We need professionals who will teach our volunteers to train dogs generally, and to train dogs for special needs – blind people, for educating children, for overcoming fears etc.

We started as several volunteers saving animals at homes, and it raised to NGO one day. We are not professionals and we need experts who will teach us how to run organization more professionally.