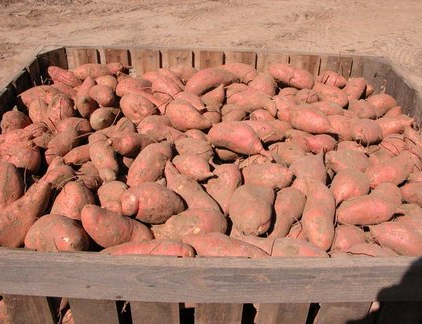 About the project: Several farmers from Karmirgyur community of Gegharkunik region have recently formed a group planning to promote the development of non-traditional crops in the region. They intend to cultivate and introduce sweet potato, local broccoli and garlic in the Armenian market. Generally, Gegharkunik region is well known as the most favorable agricultural area for cultivating specifically potato throughout all Armenia.

With the help of a marketing specialist, the group has so far developed a good strategic and sales plan for the cultivation of sweet potato. There are even shops in Yerevan interested in selling it.

The project’s main problem: Since the cultivation of non-traditional crops is a new direction in the area of agriculture in Armenia, there is an obvious lack of expertise here. The group of farmers is studying the technology of sweet potato cultivation in order to start growing a small, experimental amount of the crop in the coming spring but their only source of research is the internet. With the Internet it is almost impossible to find out which of the ways for cultivating sweet potato would be the most effective taking into consideration the specifics of the local landscape. So the main problem that the group is facing now is the lack of expertise for cultivation technologies of sweet potato.

The project’s main expected outcome: 11 farmers from Karmirgyugh community are equipped with hands-on technology for cultivating sweet potato – the process has been discussed and experimented, their questions and concerns have been addressed by the specialist. Another expected outcome of the project is that the group of farmers seeds the first amount of sweet potato in the springtime and harvests successfully.

We have space for training, land and facilities necessary for experiment.

The specialist / trainer is expected to train Karmirgyugh community members on cultivation technologies of sweet potato.