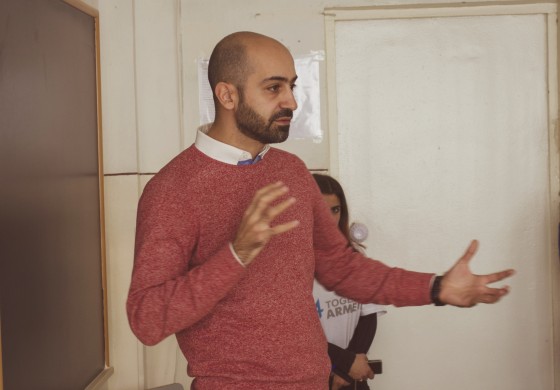 In the months of October and November one of the experts we hosted was Ghazar Hakobyan. A year ago we cooperated with Ghazar in the framework of Together4Armenia platform, and months later we were happy to partner with him again and to take his expertise to our targeted destinations in the RA regions.

Although Ghazar is one of the next experts we hosted this autumn, he is definitely one of the non-ordinary experts we had! Being an ethnic Armenian, he has lived and worked with young people coming from different countries in the area of sports management and the promotion of street workout and healthy lifestyle. However, a couple of years ago Ghazar made up his mind to return and settle in his homeland after feeling the need to work with the Armenian youth and to introduce them the opportunities of self-development and empowerment through sports.

Today Ghazar Hakobyan is the founding director of Street Workout Federation in Armenia and Run Armenia project. During his five years in Armenia he has managed to organize more than 600 sports events in Yerevan and in different regions of Armenia aimed at boosting street workout and mass sports in the Armenian communities.

This time we travelled with Ghazar to Gavar, Gegharkunik region where he was supposed to share his experience in the topics of sports management, healthy lifestyle and street workout. The most prominent young people of Gavar, volunteers and representatives of non-profit organizations were waiting for him at the Youth Initiatives Center. After introducing the history and the realization of Street Workout and Run Armenia projects in his workshop Ghazar told them that he plans to build 25 sports grounds by the end of 2018. One of them is planned to be built in Gavar. The young people in his audience got so excited about this idea that they went out and walked with Ghazar throughout the city to choose the most relevant area for the construction. They discussed the financial and organizational issues for building the sports ground and exchanged contact details for further partnership. So, all we need to do now is wait and to see the beautiful result of their cooperation hopefully in the nearest future.

The next town where we traveled with Ghazar was Vanadzor, the regional center of Lori. Schoolchildren, teachers, the director of High School #11, the deputy mayor of Vanadzor, the Head of Cultural Department of Vanadzor City Hall and the council members were among his audience. From the very first moments when Ghazar started to talk about the importance and benefits of healthy lifestyle with excitement and dynamics typical to him, he completely attracted the attention of his audience, starting from schoolchildren to the deputy mayor. He told them about the causes of his settlement to Armenia, and explained why it was so important for him to see young people living in Armenia healthy, sporty and smart! He screened several video material from Street Workout and Run Armenia projects with the participation of schoolchildren encouraging them to be active, to participate in sports events and not to underestimate the importance of doing sports. Instead of describing the enthusiasm of his young audience with words, you can watch the photos and short movie about his meeting in Vanadzor below prepared by Street Workout Armenia team. 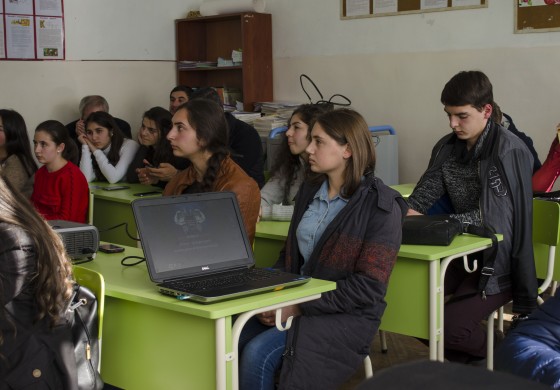 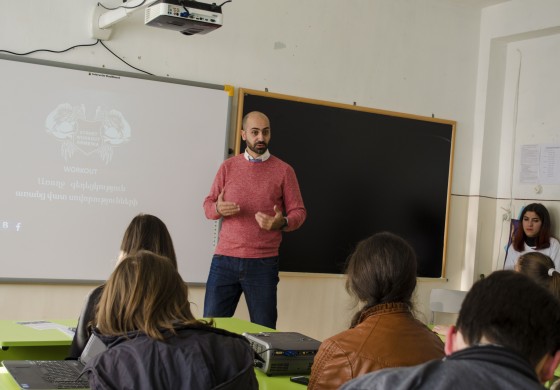 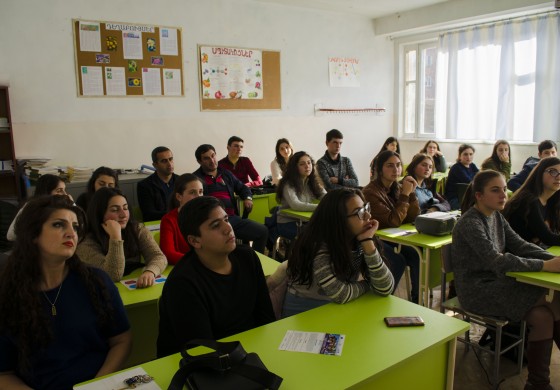 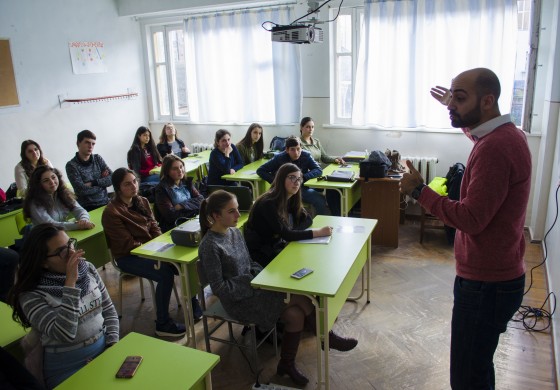 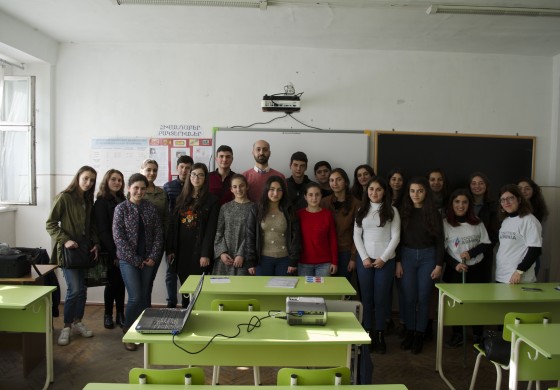 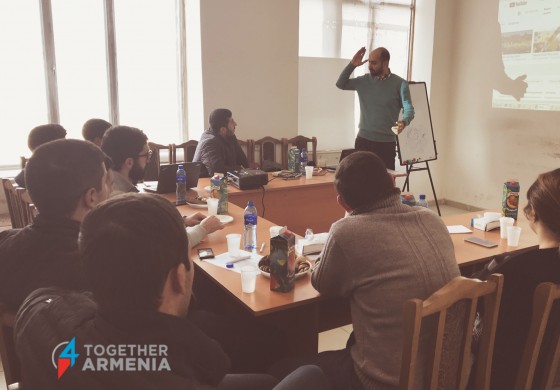 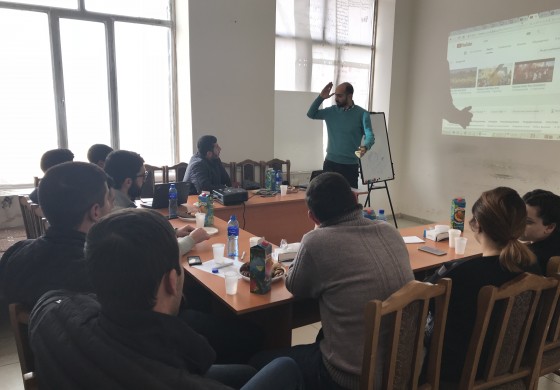