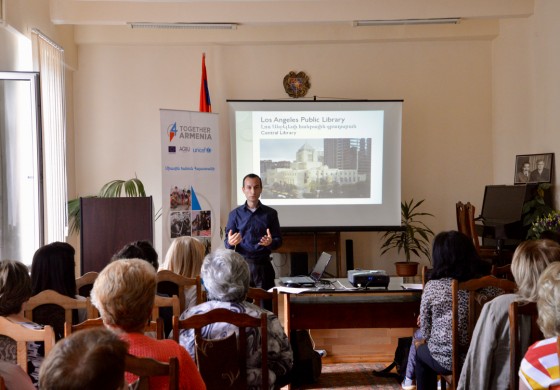 David Turshyan Hits the Books in Vanadzor and Gavar

On July 17 and 20, Armenian-American librarian David Turshyan led a series of trainings on best practices in library management in Vanadzor and Gavar respectively. Speaking to an audience of local librarians, he shared tips and experiences from his 11 years of working for the Los Angeles Public Library (LAPL). He started his career at one of the LAPL’s 72 branches and went on to become an International Languages Librarian specializing in Armenian and Russian at the Central Library.

Born and raised in Yerevan, Turshyan moved to the US with his family at age 16. He eventually obtained a BA in International Relations and a Master of Library and Information Science from the University of California, Los Angeles.  This summer, Turshyan is back in Armenia for the first time in 21 years to volunteer with the Armenian Volunteer Corps (AVC), the organization that introduced him to Together4Armenia.

There was high demand for Turshyan’s training; originally, 80 people had signed up for the workshop in Vanadzor but the event was capped at around 60 due to space constraints. A second training took place in Gavar a few days later. Turshyan fielded many questions on topics ranging from fundraising to outreach, loans and renewals, the role of technology at the LAPL, and librarian credentialing in the US.

In particular, participants were surprised by the fact that most of the funding for the LAPL’s many programs – tai chi classes, computer classes, author lectures, film screenings, etc. – came from the city of Los Angeles. “They said, ‘We don’t get that kind of financing here in Armenia,’” said Turshyan.

In response, he spoke about Friends of the Library, one of the many volunteer-run community support organizations that the LAPL works with to raise funds for programs. Turshyan also discussed simple ways in which cash-strapped libraries can attract more visitors.

“Story time, for example, is very fun and easy to do – you read stories, do fingerplays, sing a song. Origami is another popular thing. When a child comes to the library, they need to be accompanied by parents so this way we bring a family to the library.”

This fit into Turshyan’s larger message that (1) library services should be made as accessible as possible to the public and (2) outreach is needed to ensure that people know about them.

To cap off the experience, a surprise lay in store for Turshyan at Vanadzor’s Lori Regional Library: a handwritten guestbook entry by William Saroyan (1908-1981), an Armenian-American writer whose accomplishments included a Pulitzer Prize for Drama and an Academy Award for Best Story for the film adaptation of his own novel, The Human Comedy. Not only was Saroyan from Turshyan’s home state of California, but Turshyan had also previously written about him for the LAPL’s Central Library blog.

“It was a very pleasant surprise. I had read William Saroyan’s books but had never seen his handwriting, so it was very pleasant to see it in a library that is not located in the capital,” he said.

To learn more about David Turshyan, click here for a Q&A about his life and work and here for his expert profile on Together4Armenia. To keep up with the latest news from Together4Armenia, follow us on Facebook. 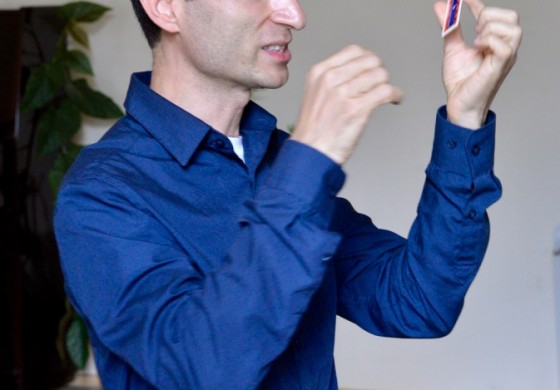 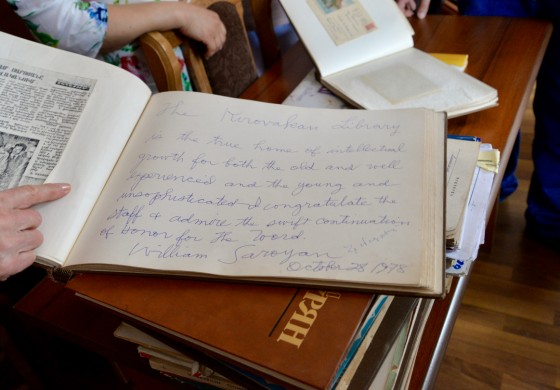 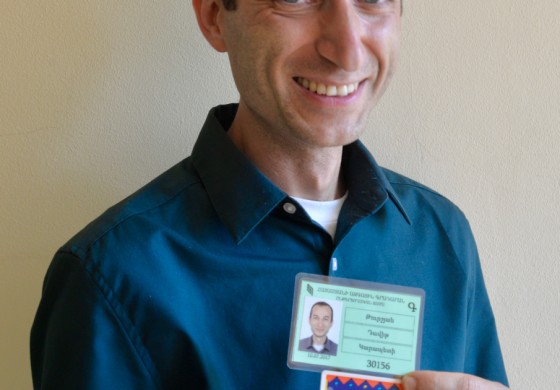