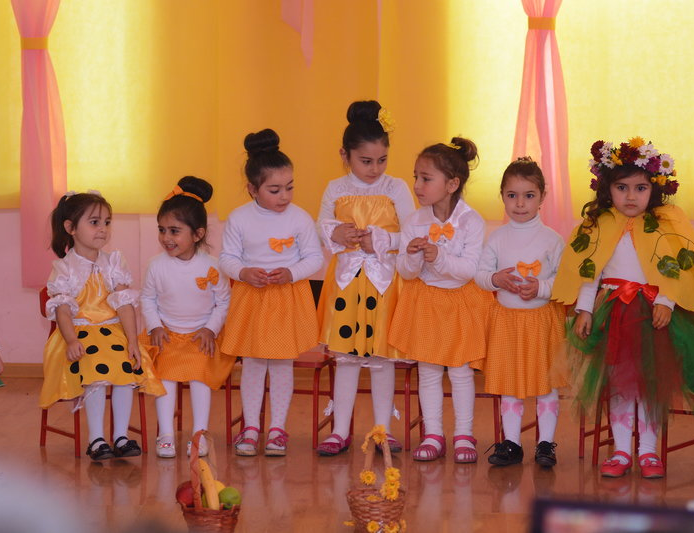 Inclusive and Safe kindergarten for children in Gavar

Project background: One of the largest kindergartens of Gavar - kindergarten No 4 - was established in 1969. It has over 120 children, who are divided into four age groups. Ever since its establishment, Gavar kindergarten has not been completely renovated. The partial renovation was done only in 2009 with the support of USAID and World Vision. Particularly, the kitchen, restrooms, the entrance stairs of the kindergarten were revamped, a ramp and a fence were built in the backyard of the kindergarten. Additionally, in 2015 Save the Children NGO installed an alarm system, provided exit arrows, first aid boxes in the framework of its inclusive disaster risk reduction program. However, the roof, windows and doors of the kindergarten are still in poor condition, while the rooms designed for children lack basic facilities such as tables, chairs, beds, wardrobes, cupboards and toys.
Moreover, the doors of the kindergarten open inward, which creates a dangerous situation in the case of a disaster. This situation creates a risky environment for children’s safety, which hinders their development process.
Furthermore, due to this unsafe environment, children with disabilities are excluded from attending one of the largest kindergartens in Gavar, as they are more vulnerable to these risks.
The main objective of this project is to create a safe and inclusive environment for children, which will contribute to their prosperity and development.
The expected results of this project include: Indeed, one of the main components of disaster risk reduction is the creation of a safe environment in the kindergarten. Hence, renovation with modern facilities and technologies is the first step in ensuring the security of children in Gavar. It will also serve as a basis for the inclusion of children with disabilities in the kindergarten. The project would appreciate any financial or professional contribution for the renovation of the kindergarten.

Our resources include consultants from Gavar municipality and Parent’s Council.